In medicine, we are surrounded by concepts and words, a sea of phrases, each with important meanings that have significant ramifications for our patients. Some of the more fundamental words that we learn at the beginning of our training are the cells involved in the complete blood count. For the podiatrist, perhaps the most important of these is the leukocyte, especially the neutrophil. For many of the patients we see in the hospital, a large number of these leukocytes in someone's blood count typically indicate infections. Most of the time, we improve infection either by giving antimicrobials or performing surgical procedures to eliminate the infection. We expect to see rapid improvement in the indicators of infection, most commonly a decrease in fever and a declining leukocytosis. However, it is also common to see these levels rise after surgery, a somewhat vexing situation. Is postoperative leukocytosis something to be concerned about? Or is there a more nuanced way to interpret these test results? Let's take a look at postoperative leukocytosis.

Is postoperative leukocytosis something to be concerned about or is there a more nuanced way to interpret these test results?

As a lover of medical history, I cannot help but point out that we use so many of these words, such as fever and leukocytosis, never thinking about those who came before. To that end, let's take a quick digression into medical history. The first description of the leucocyte was made in 1865 by Max Johann Sigismund Schultze. Schultze was a German microscopist who first described the four different types of white blood cells, the lymphocyte, monocyte, eosinophil, and neutrophil . Schultze was a contemporary of the great Rudolph Virchow, himself the father of cellular pathology, and I cannot help but imagine that these two scientists may have interacted in some way. At this time in history, German medical science was at its peak, and, considering the date, so much was happening in the world, including our American Civil War. We often learn about this time in history in the United States as if nothing else was happening. How egocentric of us. During this tragic time in our history, humanity was also making great medical strides. It was actually this time period that began the amazing upward trend of modern medical science that we currently enjoy. So many years later Schultze is just a name in history while his leucocyte lives on, examined so many times every day all over the world. We should all be so lucky to have such an epitaph.

The Offloading Continuum: How to Improve Your Outcomes

It's outside the scope of this editorial to talk about the history and significance of fever, but for those of you interested, I refer you to Practice Perfect 706 about the characterization of fever by Carl Reinhold August Wunderlich and its clinical significance. I also cannot help but plug my own discussion about the Rule of I's for postoperative fever, which is, I think, a better mnemonic than the rule of W's. This is discussed in Practice Perfect 716. It is sufficient to say that the thermal regulatory setpoint is elevated in the immediate postoperative period leading to a physiologic postop fever, an indicator of perioperative stress2.

With those digressions in mind, let's talk more about Schultze's leukocyte and its significance after surgery. Is it normal for a patient to experience an increase in leukocytes after surgery?

Is it normal for a patient to experience an increase in leukocytes after surgery?

The vast majority of research studies show that postoperative leukocytosis is physiologic and not an indicator of infection. These research studies covered surgeries from several body areas including maxillofacial, cardiovascular, tonsillectomy, nephrolithotomy, traumatic splenectomy, and orthopedic procedures, specifically total hip and knee arthroplasty3-8. One commonality with these studies was the significance of the two-day timeframe at which one may expect postoperative Leukocytosis but after which it was an indicator of infection. Essentially, if you see an increase in the total leukocyte count after day 2 it was more likely to be caused by infection than physiologic postoperative stress. Additionally, there was a trend in these studies toward lower than 15,000 cells/microliter within that two-day period as being normal.

If you see an increase in the total leukocyte count after day 2, it was more likely to be caused by infection than physiologic postoperative stress.

An important point to make is that all these studies were in patients who underwent surgery for non-infection-related issues. For the practicing podiatrist this makes generalizing the results a little difficult. For a patient undergoing an elective surgical procedure such as an ankle fusion, we can apply these rules. However, for a patient admitted to the hospital for an acute infection, it is more challenging to simply state that leukocytosis after an amputation or an incision and drainage procedure is due only to physiologic stress. This is an area that needs more study. From a level 5, personal experience standpoint, I commonly see patients with postoperative leukocytosis after emergent surgery within the first two days in which the leukocytosis appears to be physiologic and quickly decreases within 2 days.

An interesting and related study by Fleischer and colleagues found that a persistent leukocytosis after three days was “the single most important marker for predicting a poor clinical response” in patients with severe diabetic foot infections9. This makes perfect sense considering the other studies that found leukocytosis to be normal within the first two days after surgery but abnormal after that. Fleischer’s study lends evidence to the significance of leukocytosis after two days as an indicator of continued infection.

What is the cause of this postoperative leukocytosis that is physiologically normal? Ascione and colleagues found an increase in interleukin-8 and complement, specifically C3a and C5a, in patients after coronary artery bypass surgery10. 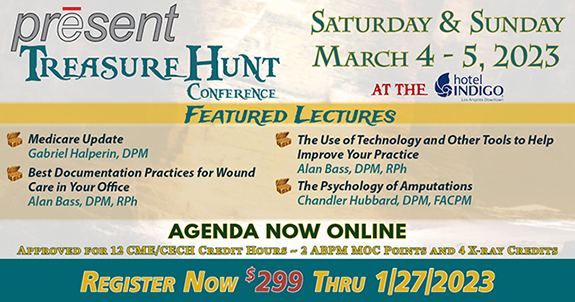 Given these studies, a fair rule of thumb is to consider a total lymphocyte count of 15,000 cells/microliter within 2-days of surgery as a cytokine-induced physiological response to stress and not infection. After that time period, infection should be carefully considered.

Consider a total lymphocyte count of 15,000 cells/microliter within 2-days of surgery as a cytokine-induced physiological response to stress and not infection. After that time period, infection should be carefully considered.