Welcome to Part Six of our series to Make Practice Perfect Decisions. Up to this point, we have discussed several different concepts related to making decisions for patients with foot and ankle disorders. We started with the three big cardinal principles, the sine qua non of podiatry, which I have termed the Kineticokinematic Approach1. The vast majority of patient problems, both clinical and surgical, can be treated using these three principles. Recall that these are:

Principle Four, then, was to consider the patient when making decisions, keeping in mind their needs and expectations among other factors. Last week, we discussed Rule 5, Function follows form. Today, we move on to Principle six, which is to fuse it if there is too much or too little flexibility.

This may be a somewhat controversial principle, so bear with me as I explain the details. Remember, an important component of proper foot and ankle function is stability. Lack of stability leads to unsupported form and, according to Principle 5, improper function and pathology. An example of this is the adult acquired flatfoot, which oftentimes has excessive flexibility. On the other hand, too much rigidity can also cause trouble, especially when flexibility is necessary. An example of this is the patient with a rigid pes cavus foot type. These patients often suffer from lack of shock absorption. The obvious other situation is in patients with arthritis. Arthritic joints often need fusion (and sometimes replacement) to improve patient pain and function. In the foot and ankle, fusion procedures are often successful.

Home monitoring to prevent re-ulceration in people with diabetes

Lawrence Lavery, DPM, MPH discusses the evidence for primary and secondary prevention. He also discusses the barriers for visual inspection, the effectiveness of standard prevention strategies, as well as the evidence of education, therapeutic shoes and temperature monitoring.
Available Credits: CPME 0.5

Examples of situations that have either too much or too little flexibility include the following:

A significant recent example of the importance of fusion because of instability is the debate over acute Lisfranc dislocations. Studies by Ly and Coatzee and Kirzner et al show that patients have better outcomes overall with a primary Lisfranc arthrodesis after dislocations without fracture. Examine the example in Figure 1. This was a patient of mine who had an unstable primarily ligamentous Lisfranc dislocation. We were successfully able to reduce the dislocation, but it continued to dislocate afterwards, demonstrating the severe disruption of the ligamentous support to the joint. This patient underwent subsequently primary fusion with a successful result. Consider this outcome, as well as the research studies mentioned above. The choice for fusion was dictated by the excessive flexibility and lack of structural support due to disruption of the ligamentous anatomy. 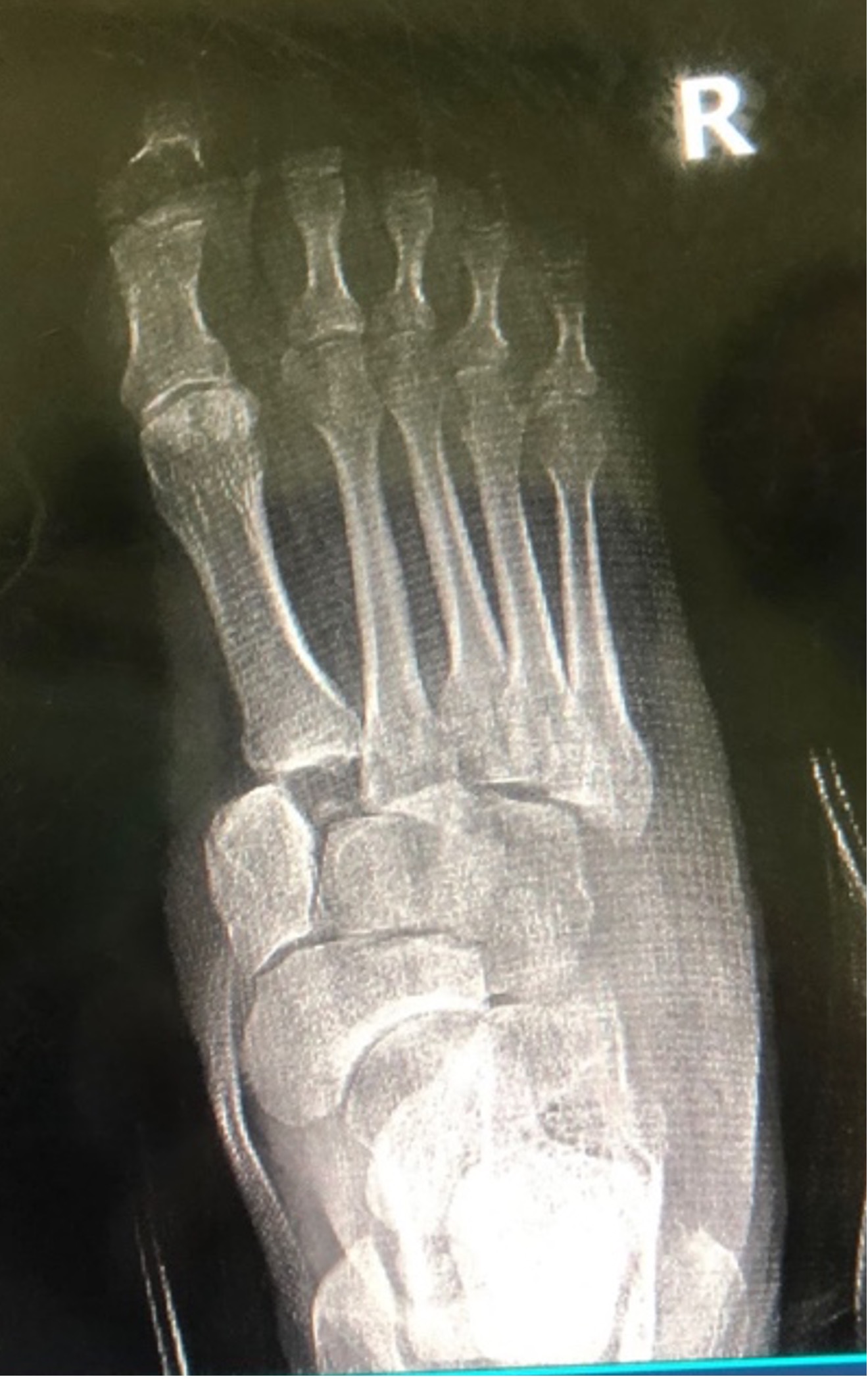 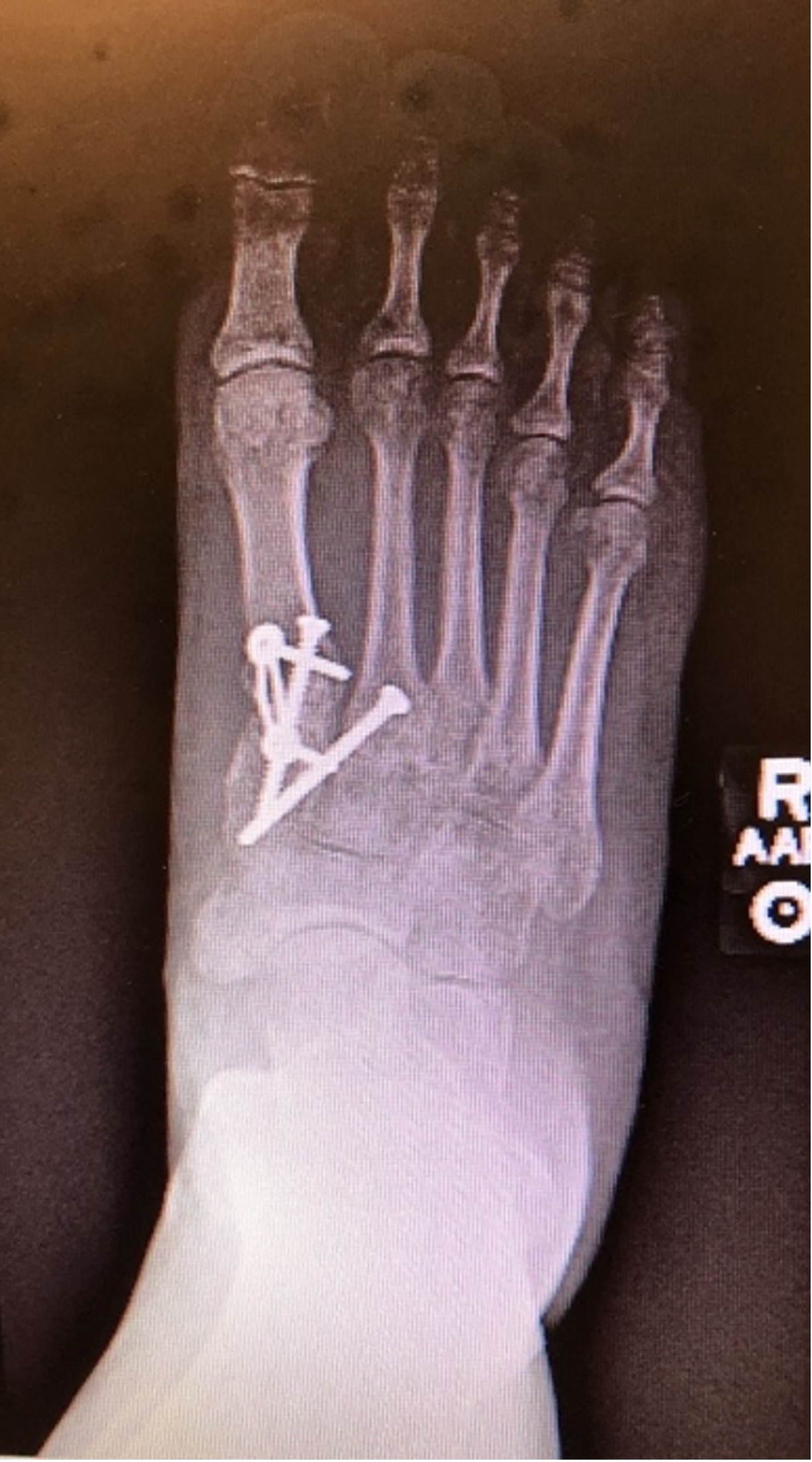 Figure 1. Pre- and post-operative results of an acute Lisfranc fusion in a primarily ligamentous Lisfranc dislocation. The preoperative image is after attempted reduction with continued dislocation after manual reduction.

Similarly, I once had an opportunity to review the case of a patient with Ehlers-Danlos disorder who had a severe hallux valgus deformity. This patient was initially treated surgically with a tightrope procedure which, of course, failed. The patient then underwent a second surgical procedure via a Lapidus bunionectomy. Examining the results of this surgery (continued large intermetatarsal angle and lateralization of the sesamoids), I noted that it was likely to fail as the patient would have been better off with a first metatarsophalangeal joint arthrodesis due to the collagen disorder causing excessive ligamentous laxity. Unfortunately, this patient is likely to return to the OR for a third procedure in the future.

Similarly, consider why arthrodesis of the second digit is such a common procedure. In an unbalanced hammer toe deformity, one of the problems is lack of joint stability. Fusing the proximal interphalangeal joint creates a more rigid toe, converting the flexor tendon into a plantarflexor of the MTP joint rather than a dorsiflexor, allowing the extrinsic muscles to work properly on the digit. This is the same reason why the triple arthrodesis is a classic salvage procedure. It creates stability where the previous situation was instability and pain. 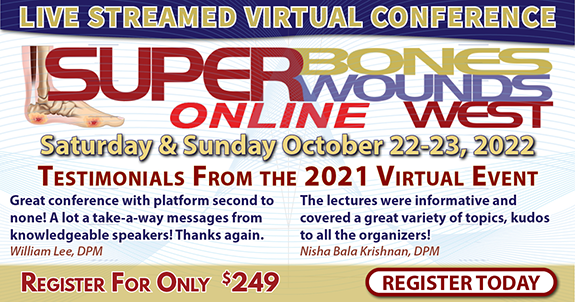 In all of these cases, the fusion procedure re-establishes stability where it was previously absent. Simply put, there are some situations in which employment of this principle allows the surgeon to reinstate Principle Five, creating improved form and function. If the foot is unable to maintain the proper form, it cannot function, and fusion makes that possible. When planning surgery consider fusions when too much flexibility or too little are seen.