If you read the title to today’s editorial, you might be thinking, “Shapiro is really digging for topics to discuss.” What could folding laundry have to do with podiatry? Actually, folding the laundry is a very helpful tool to better understand ourselves and, dare I say it, help us to practice medicine more perfectly.

In my household, we have a fluctuating three to four people depending on what time of the year it is. My son started college this past year and is away for part of the year. For the most part, there are three fastidious people living in my house, which means a greater amount of laundry. Since cooking is not a skill I care to develop, and my wife is an amazing chef, I leave that part of things to her. But since I’m a functioning member of my household, I contribute by cleaning and, often, folding laundry.

Now, most people consider folding the laundry to be a chore, but I like it. First, it’s a great way to practice efficiency. How many clothes can I wash before the washing machine starts screaming at me? How many loads can I finish in one day? Running synchronous loads gets the job done faster. Obviously, this has direct applications to podiatric medicine and surgery. Efficiency is the name of the game in both surgery and clinic. “Steps are dollars” as one of my mentors once said, advocating to minimize the number of times you enter and exit the same patient room. Similarly, economy of motion is an important concept to complete surgical procedures in a reasonable time.

Second, folding the laundry successfully means properly handling the items, folding them in a way that creates an aesthetically pleasing piece of clothing that limits or eliminates wrinkles. Trying to teach my son to fold the laundry properly one time, I described to him that the folded edges and flat surfaces should be “crisp and clean.” Yes, maybe I’m overly detail oriented, but this teaches two lessons. One, even the smallest jobs are important and deserve to be well done. Take pride in everything you do, not just the big things. Second, there is a correct way and a wrong way to do everything. There may be several correct ways, but everything has a wrong way. For example, crumpling up the clothing and tossing them into a drawer will create crinkled shirts that will look messy and unprofessional.

But the characteristic I feel is most significant about folding laundry is the mundanity of the action - the ability to do this essentially mindlessly. The automaticity of doing laundry forces the body into a series of habitual motions, freeing the mind to think of other things. In fact, I thought of this topic, writing essentially all of it in my mind at the same time I was folding the laundry (I actually had three giant loads to do today which gave me plenty of time). Laundry folding allows one to mentally wander and think about any number of things. This same type of thing has occurred while driving where, during my 45-minute drive to work, my mind would wander until I realize some time later, that I haven’t been paying much attention to where I was going.

Certain actions are done so repetitively that they become automatic. And for many pursuits, this automaticity is very important. Take, for example, playing an instrument. Musicians reach a point after practicing and building the muscle memory for that song that they no longer need to think about the individual notes and the song flows from their fingers.

Musicians reach a point after practicing and building the muscle memory for that song that they no longer need to think about the individual notes and the song flows from their fingers.

“Flow” is a well-chosen word because this state of being is highly important for people performing most complex actions. For instance, as I sit here typing, I make less mistakes when I stop thinking about typing, allowing me to focus on the content of what I want to say (I’ll tell you that typing out that last sentence took me twice as long as normal because I was thinking about typing, causing lots of errors).

Psychologist Mihaly Csikszentmihalyi has studied this state of mind and discusses using flow in the book Flow: The Psychology of Optimal Experience. Think of flow as that state of mind that you reach when you’re doing something you have practiced many times before to the point that it becomes automatic. You don’t have to think. This is a typical state in high level athletes and others who perform at a high level. In fact, it’s known that one of the ways to end a person’s high-level performance is to interrupt their flow. Imagine what it would have looked like if Michael Jordan has focused consciously on how to properly dribble the ball at the same time as going up for a lay-up. I can guarantee he wouldn’t have become the basketball legend he is today.

Reaching this state of mind, though, requires having practiced the fundamentals of a task over and over again until it becomes truly automatic. Take surgery, for example. I can often anticipate the level of competency from my residents by looking at two things - how well and quickly they suture and if they remain aware of the tourniquet time. Suturing is a complex skill that requires thousands of repetitions to become efficient and effective. On the other hand, remaining aware of the time during a procedure doesn’t usually occur until a surgeon has enough experience that aspects of the case become automatic, and they can focus on the more general environment of the operating room. This is termed situational awareness. 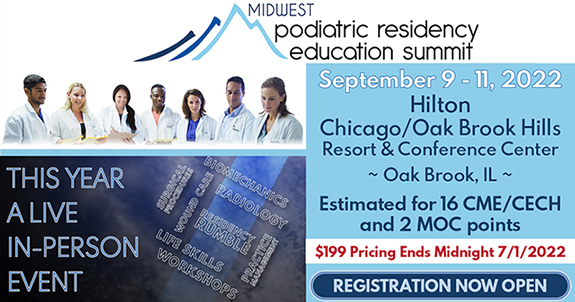 Practice is one of the major factors that separates the elite from the rest of the pack. The more you practice, the greater the automaticity, and the greater the resulting skill. Practice until your hands are ready to fall off! Reach that state of flow where you can stop thinking about the fundamental aspects of your activity and enjoy the fruits of your labor, even if that labor is folding laundry.