Over the past several weeks, we have embarked on a series of articles and interviews focused on the Joint Podiatric and Orthopaedics Task Force. This taskforce, composed of both podiatrists from ACFAS and APMA and orthopedists from AAOS and AOFAS, are sponsoring American Medical Association’s (AMA) resolution J21-303 which proposes to investigate if podiatric students should take the USMLE along with a review of podiatry education and certification credentialing methods.

This task force has created a significant amount of controversy with both supporters and detractors. I wanted to gather the best understanding I could of this important subject, so I took the opportunity to speak with those who have both experience and a stake in this process.

Click on the links above to go to the editorials, videos, and transcription versions. Like me, I think you’ll find interesting perspectives on this very important topic. Today, I would like to take a few minutes and summarize the primary conclusions one can draw from these interviews and reflect on the bigger picture of what this means for podiatry.

Get a steady stream of all the NEW PRESENT Podiatry e-Learning by becoming our Facebook Fan. Effective e-Learning and a Colleague Network awaits you.

I’d like to first mention that one can criticize my choices of interviewees. Clearly, there are others who might have been interviewed, including other members of the task force (especially the orthopedists), deans from other colleges, and others with dissenting opinions. However, there are only so many interviews one can do, and if we want to know the opinions of everyone, then a published survey would have been a better venue. Instead, I chose to speak to a number of people who are both involved in the process, have a stake in that process, and who I have known to be honest, intelligent, and forthright leaders regardless of whether or not they agreed with my personal opinions. With that said, let’s get to it.

Topical Wound Oxygen Therapy - The Pandemic and the New Paradigm

So, that’s it. Those are the facts. The entire rest of the debate we’ve heard, and all other opinions, are based on speculation. This process does not eliminate podiatry as a profession. It does not allow podiatrists to get an MD degree or MDs to become podiatrists. I don’t see this as a way for orthopedists to somehow “set up” podiatrists to fail (unless you really think we are inferior to orthopedists). At the most basic level, this advocates for having some entity officially review our accreditation methods which are the standards upheld for podiatry schools, residencies, and board certification and see if they are similar to those of MDs.

If they were found to be similar, AND the NBME decided to allow podiatry students to take the USMLE, we don’t know what would happen from there. Perhaps nothing. If our students did take it and scored well (whatever “well” means – that would have to be figured out) then podiatry and our supporters would be in a position to petition the AMA for yet another resolution stating podiatrists are recognized as “physicians” by the AMA. If that passed MDs, DOs, and DPMs would be the three “physicians” recognized by the AMA.

What the ramifications are at that point is really anyone’s guess. After speaking with all of those I interviewed, I came away with a few conclusions.

First, Dr Markinson clearly demonstrated that it is possible to have a rational, intelligent discussion between people that disagree, and that people on both sides of the debate can have the same wish for the continued success of podiatry.

Considering the history of a similar initiative, the California Physician and Surgeon Task Force, described by Dr Wan, there is no evidence that having others outside podiatry examine our processes somehow risks damaging the profession. On the contrary, both Dr Wan’s statements and those of the current task force (Drs Cornelison, Steinberg, and Reeves) demonstrate that it is possible to partner with others in the medical profession to build relationships that strengthen the profession. Working with our MD colleagues, rather than closing ourselves off, builds important relationships based on respect and improved understanding. I do not see how it is possible that these relationships can hurt us.

Yes, it appears there are some in the MD world that may not support us, as evidenced by Dr Markinson’s description of certain orthopedists who refuse to work with podiatrists. But I do not see how hiding ourselves from them is at all helpful. I assert here, based on my own experiences, that podiatrists are at a distinct disadvantage when others in the medical field in which we interact are ignorant of our capabilities. This ignorance seeds fertile ground to discriminate against us.

Now, having used myself as an anecdote, I want to caution all involved not to let your individual situations blind you to thinking about this situation. It is clear that different podiatrists in different parts of the country experience interactions with the medical community in different ways. Some of us deal with ignorance while others experience open-minded advocates.

Similarly, the role of our podiatric colleges and the way they teach our students varies. Speaking with Dean Satterfield convinced me that an open examination of our education methods is healthy. Yes, some colleges may suffer in certain ways, but when was growth ever painless? 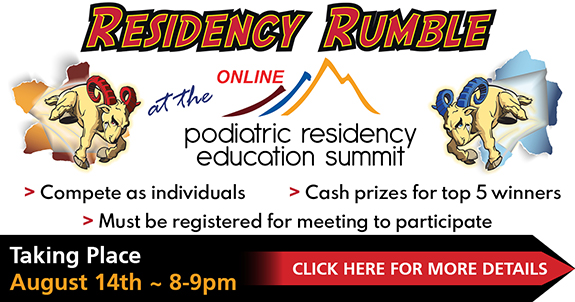 Finally, it is abundantly clear that this is going to be a many-year process. As Dr Steinberg mentioned, it is unlikely that most of us in practice currently will see any specific effects of a MD=DO=DPM world. This is for our “kids”. In this podiatrist’s opinion, anything that will help our young podiatry colleagues to thrive has my full support. I hope the rest of our profession thinks the same.